We would like to say a huge thank you to the local clubs who have visited Rye Primary this week for our Clubs Assemblies.

Moovers and Groovers came in on Monday and really got the week going with everyone up and moving! This was followed by Splitz Dance Academy with Mae showing us her modern solo, Beau dancing a ballet solo and Belle demonstrating her gymnastic skills.

Martin Blincow joined us on Tuesday and with the help of an interview with Luca explained what the children could expect if they joined Rye Cricket Club. Rye Dance Centre followed this with some amazing demonstrations covering a range of dances including ballet, lyrical and modern.

Thursday morning we welcomed Lynn from Wild Watch which is a nature club based at Rye Harbour Nature Reserve. She told the children what the club entails and showed them some of the treasures which the children who attend the club have found including a badgers skull and mermaids purse! The final visit was from Denise for Canton Martial Arts, who gave us a very energetic demonstration. Volunteers joined Denise to demonstrate the different kicks and moves! 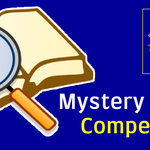 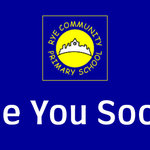